In her day-to-day life, Azalia sees the world from many heights whilst being a flight attendant, but from modelling and content creation, her breadth of experience has given her an unmistakable love for the esports and fashion industry.

Courtesy of her brothers, gaming has always been an asset into Azalia’s life. However, she only began developing her love for esports when she reached her 20’s. She attended MLG Vegas in 2016 and found her love for the Call of Duty community. 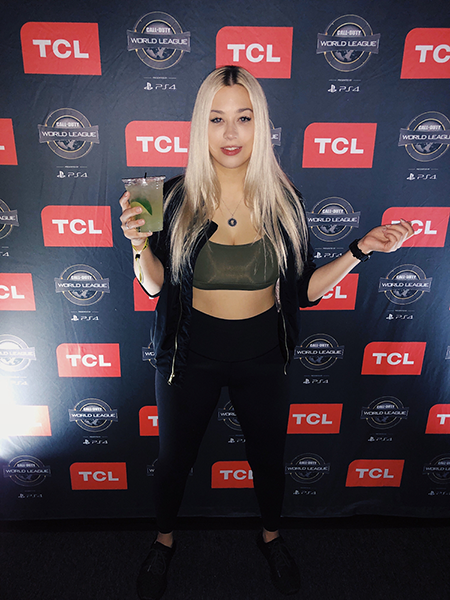 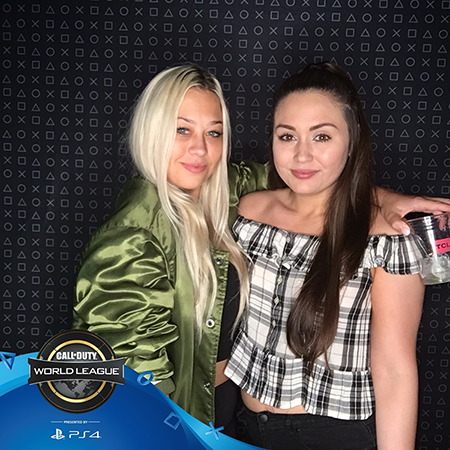 Due to the COVID-19 pandemic, Azalia's career was put on hold as a flight attendant, and discovered content creation: “I didn’t really have a lot of time to play games as I’d like to.”

“But since the pandemic hit, I decided to dive into streaming. I built my entire setup during quarantine.” Azalia has built a community on her Twitch channel with over 5,000 followers and rising; streaming Call of Duty: Warzone and just chatting broadcasts.

Azalia’s future within her development in the esports industry remains high as she wants to continue to expand her community through content creation with the hopes of moving full-time, but also wants to create a podcast around women in gaming. Azalia hosts an event every Wednesday where she plays Warzone with other women in the esports industry. “It’s a male-centric industry and it has been for a really long time, so I would like to have a podcast where we can support women in the gaming industry.”

Growing up in Chicago, Illinois, Azalia began competing as a figure skater from the age of 5. She went on to represent team USA for 3 consecutive years. Over her journey, she has competed at regional and international level, securing 7 national titles and 3 international titles in solo and synchronized figure skating. She also skated on live television for Good Morning America. Azalia also came 4th in the World Championship, before she retired at 17. “I didn’t even go to school as a regular student. I would only go for half a day, then go to practise. - “I definitely had a different childhood growing up.”

“I couldn’t sleep over at birthday parties; I had to be at the [skating] rink at 5am.”

Azalia has always had her eyes set on modelling since she was young, but said she didn’t fit the stereotypical ‘tall, thin’ standard most high-end models are set to be. “It’s a very hard standard to break, so I gave up trying in my late teens.” When Azalia turned 20, a photographer introduced himself and wanted to work with Azalia. “He asked, have you ever worked with anyone? And I said, no. I had been turned down by nearly every agency.”

The pair would shoot frequently and helped Azalia reignite her passion for modelling again. She moved out of Illinois to New York, attending photo meets and networking with other photographers independently. Her favourite photoshoot was with the owner of Visual Skateboards; a skateboard and apparel company. Azalia mainly works with lingerie companies such as Negative Underwear.

“I’ve also done hair and makeup for a lot of photoshoots too, so i have seen different aspects of that industry, which has been really cool.”

Azalia would like to work with a lingerie company called Aerie, part of American Eagle in the future. Azalia appreciates that Aerie uses non-standardised models and hopes more companies in the future can follow. “When you go onto a website and see an item of clothing you want, they only show one model in one size which makes you wonder how that would look on someone else?” She would also love to model for Supreme as her go-to style is streetwear.

Azalia likes to keep up with the trends on sneakers, despite her love for Nike Air Force 1, she also has interest in Yeezys and Balenciagas. Azalia has duplicate pairs of AF1s just in case one pair wears out. Azalia’s closet is described as “just hoodies and sweats.” She previously mentioned her love for Supreme, but also wears a brand called “For Those Who Sin'', an alternative clothing brand.

In terms of asking Azalia how she feels fashion has evolved over time, she mentioned that each decade had trends, but it's beginning to recycle, such as flared and mom jeans coming back in modern times. “I watched this netflix series called The Serpent and I thought, I am going to find a vintage store and buy a bunch of 70s-style clothes.” She mentioned how dating back a few years ago, people were set on the current trends and it was out of character or “unstylish” if you weren’t keeping up with the current clothes or accessories. Nowadays in the present, she says there is a uniqueness with fashion now and no one is judgemental towards what others wear.

“When I got asked to be a part of Esports Fashion Group, I thought it was one of the coolest things to ever do.” Azalia feels as if esports fashion has not been touched on further than its current stage. Esports organisations and companies have created a variety of successful and unique clothing drops, but there was something missing to pursue that direction of fashion further. Azalia says she is very excited to see what is next in Esports Fashion Week.